Does this sound familiar? Someone you work with seems overwhelmed with the demands of the job. She says she doesn’t have enough help like she had in her previous job. She cannot describe the workload to her supervisor or what she is doing in her job that makes the job so difficult. She assumes the supervisor does not understand the complexity of the problems she is facing. By not telling what she is doing or not doing, she stalls the supervisor from finding out what is going on with her. She attempts to keep the focus on the supervisor by saying the supervisor is not “well versed enough” in her particular field or work endeavor. Truthfully, her schemes for her work are so grandiose no one could accomplish all of what she is asking herself to do. She comes up with complex ideas requiring everyone to be involved. She attempts to get everyone else to do her work. When work doesn’t get done, she makes the excuse that someone else did not give her the information she needed. 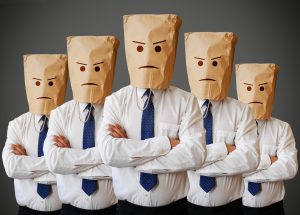 When she is asked to follow procedures, such as filling out purchase orders or typing papers, she is too busy. She denies she needs to do something to get the vendor paid or the presentation ready and lives in the fantasy she is so busy what she is putting off is not important. She is so busy she misses meetings or conferences, ignores meetings, and leaves meetings early for another important meeting or for some other important purpose. The missed appointments and meetings cost the company money. The missed appointments assist her in hiding out and avoiding the consequences of her behavior. Even so, she feels guilty sometimes and either profusely states why she failed to do something or ignores the event completely. However, she has no real remorse for missing the appointments or not completing tasks so she does not change her behavior.

If any suggestion or constructive criticism is offered, then she reacts as though the supervisor doesn’t appreciate the work she has done. She did the project so secretly and “under the gun” no one was given a chance to see the presentation, etc. until it was too late or in print. This costs the company money. Since she is so disorganized, she often “farm things out” that could be accomplished in-house. She is a dreadful team member since she is often frenzied and unfocused.

She feels victimized, talks to third parties rather than confronting issues directly, rationalizes/justifies her behavior, and avoids dealing with the problem or situation. She seeks out people who are unhappy with the current manager or system and builds a case for their unfortunate situation. She uses secretarial staff to deliver messages such as “I do not have the report to the board ready” rather than speaking to the supervisor/manager. She has no idea of the impact of her behavior on others (e.g., the board meeting cannot be cancelled and the supervisor is the one who ends up explaining to the board).

When she has the slightest awareness of the impact of her behavior, she hides out away from the office. She often ends up being sick and uses other for excuses to get away from the office and the chaos she brings. Family crisis justifies missing work and the drama hides the fear of failure, inability to complete things, and lack of follow-through with commitments. She will also lie about how serious a situation is.

She refuses to deal with confrontations and is so invested in what people think about her she refuses to face conflicts and will use any event to avoid them. She has a fear of confronting others since she may be “found out.”

She frequently does things like prepare a conference or meeting and then abruptly “leave the scene” with others in charge, since she is so uncomfortable with herself and the need to perform. She will often rationalize or justify her leaving, saying that they have something else to do that is more important than staying at the meeting.

She says she can manage people but does not exhibit the skills or ideas on how to manage. She is dependent on someone telling her what to do. She has to have pressure placed on her in order to perform. She will push deadlines back until she runs out of excuses. Still she does not perform.

She has low self-esteem, and would never admit it. She drives team members crazy with multiple excuses and inconsistencies. She refuses to organize her office or her work and wants someone else to do it. No one can put their finger on what is exactly wrong since she occasionally accomplishes something.

Diane Fassel did an excellent job describing this person in Working Ourselves to Death. Such an individual starts out as a work/project/activity addict and then reverts to work anorexia (she is in such fear of failure she cannot complete anything). She has also exhausted herself with work addiction and cannot perform. She is emotionally devoid and disconnected and in fear she hides out and avoids other staff. This is the habitual process of emotional and relationship anorexia. She fears being disliked, so she focuses on other’s opinions of her to such an extreme she ends up avoiding even more. This is relationship addiction. The relationship is all-important and she will be dishonest in her interactions (e.g., lying by omission). Work anorexics are evasive, hard to pin down, procrastinate, and dramatize most things to the point not much gets done.

This kind of pattern is hard to work with, and many times she can never get out of the fear long enough to calm down and work. She has no boundaries and has no way to set them for herself or others. The anxiety becomes extremely high in a work anorexic/workaholic and she will not abide by any guidelines. This is the arrogance of the disease pattern; yet she looks victimized. She sabotages herself in a job; yet, someone else is “always” responsible for her failures. She systematically creates chaos in the organization. She and the organization both suffer from this kind of habitual behavior, which is an addictive process. People kill themselves off professionally with this disease of work anorexia as the anorexia works in tandem with the other addictions named previously.

What is the solution? Such a person must be confronted on the behaviors and how her behavior is an addictive process. She needs to know this has nothing to do with stress; work anorexia is a disease like any other addiction. She needs to have firm deadlines. The supervisor needs to talk to her days before the deadline and have her give evidence where she is in the project. When she has not produced anything in writing, the supervisor needs to discuss her fear of not doing the work. The supervisor or peer may make some suggestions and return the next day to see how she is progressing. Perfectionism and procrastination are part of work, project and activity addiction as well as work anorexia. These need to be addressed with an understanding no excuses will be accepted for lack of performance. Confrontations with the person need to be compassionate and yet firm. She needs to read Diane Fassel’s book or talk to a consultant such as Jackalyn Rainosek, who has knowledge of this addictive process. One thing not acceptable is “feeling sorry” for her, listening to how others are undermining her, or the many ways she justifies her lack of productivity.

Other suggestions can come from working together to assist such individuals in moving through their addictive behaviors as systematically as one would with a substance abuser. The difference in this case is the addiction is a “process” not a substance. The effects are the same. The tragedy is, people like this rise to upper positions in organizations and continue to move from one job to the next since they cannot produce. The more staff they have the more they are able to hide their disease. The more people who will cover for them or “feel sorry for them”, the more they are “enabled” to stay in their disease. They lose as long as they stay in their disease. The organization loses by colluding with these people in a process that prevents efficiency and productivity. Ultimately the profitability of the organization is affected.