Getting Clear About Feedback 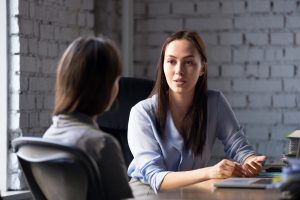 We all hear the term feedback, in many different contexts. What people mean when they say feedback, however, can vary widely. Sometimes feedback can be used constructively and other times so-called feedback can be used in a negative way. Feedback is actually a very specific thing, meant to provide useful information to others that they can use for their own development and awareness. Feedback is not a cover for criticism or judgment.

The following points offer a description of what feedback is and how to provide it. You can use this list as a quick reference to be sure what you have to say to another person really is feedback and will be helpful to them.

Feedback is descriptive rather than evaluative.

It is helpful to focus on what the individual did rather than to translate his/her behavior into a statement about what (s)he is. “I feel uncomfortable with being interrupted and therefore I am concerned about you interrupting me.” This is probably not something that a person really wants to hear, but it is likely to be more helpful than, “You are a bad-mannered oaf.” Feedback focuses on the feelings generated in the person who has experienced the behavior and who is offering the feedback. “When you interrupt me I feel frustrated”, gives the individual clear information about the effect of his/her behavior, while at the same time leaving him/her free to decide what (s)he wants to do about that effect.

Feedback is specific rather than general.

For example, it is probably more useful to learn that you “have talked for a long time and I would like to encourage sharing from myself and others” than to have someone describe you as dominating.

Feedback is directed toward behavior which the receiver can do something about.

Frustration is increased when a person is reminded of some shortcoming over which (s)he has no control.

Feedback is solicited rather than imposed.

Feedback is most useful when the receiver feels that (s)he needs and wants it, when (s)he has formulated for self the kind of question which those observing can answer. It does not have to be solicited, however, to still have value. Furthermore, due to the defensiveness of an individual, and the effect of that defensiveness upon the relationship at some given time, it may have to be given when unsolicited.

In general feedback is most useful at the earliest opportunity after the given behavior, depending, of course, on the receiver’s readiness to hear it, support available from others, and so on.

One way of doing this is to have the receiver try to rephrase the feedback in question to see whether the receiver’s version corresponds with what the sender meant.

When feedback is given in a group or team, both giver and receiver have opportunity to check its accuracy with others in the group. Thus, the receiver will know whether this is one person’s impression or an impression shared by others.

Feedback should not be given primarily to “dump” or “unload” on another.

If you think you need to say something to the other person, then ask yourself if you have processed your feelings and who it is you are trying to “help”.

Feedback does not ask “WHY?”

It stays within the bounds of behavior and one’s reactions to that behavior. To theorize about or ask why a person does a certain thing is to plumb the depths of motivation. This is a waste of time and is an invasion to another person’s space.